Skagway Alaska has a colorful history, starting with the Klondike Gold Rush. 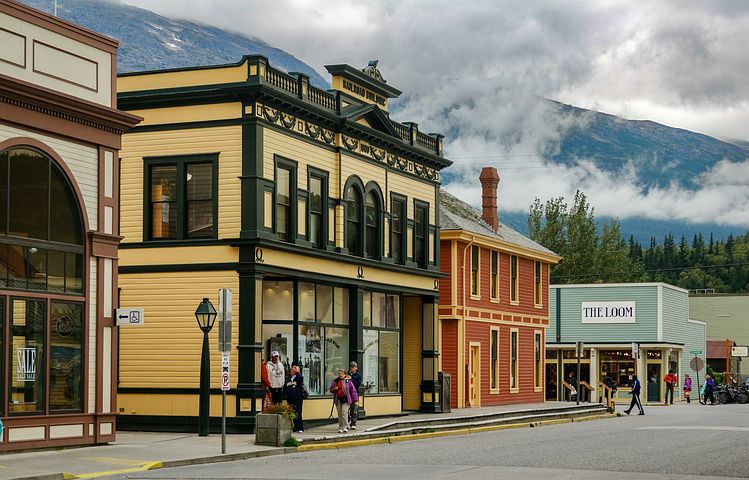 The first to settle the area was the Tlingit tribe.

The name Skagway came from the Tlingit word Skagua, which means, “place where the north wind blows”.


There are many beginnings, but gold was what drove people to what would become Skagway.

Moore anticipated a gold rush and wanted to be ready to cash in as stampeders arrived and needed supplies to get them to the gold fields.

But the Klondike Gold Rush didn't happen until 1896.

But Skookum Jim had claimed he struck gold before and those claims turned out to be false. So, this time, his claim wasn't believed.

Because folks were skeptical, it took a while before his gold strike claim was taken seriously.

And when it was discovered that his claim was true, Rabbit creek was renamed Bonanza creek.

Bonanza creek is 600 miles from Skagway.


The Famous “Ton of Gold”


In 1897, two steamships, the Portland and the Excelsior, headed from Alaska to San Francisco and Seattle.

Ahead of the ships, a Seattle newspaper headline read:

The steamship Portland docked in Seattle, filled with prospectors returning from the Klondike and not one, but two tons of gold.

Greeting the Portland was hundreds of people on the docks. News of the strike had set off gold fever and the Klondike Gold Rush was on.