Discover Fairbanks Alaska, with its rich history of a gold rush, Northern Lights dancing brightly at night and more.

Do you know how it all began?

The Wrong Place at the Right Time 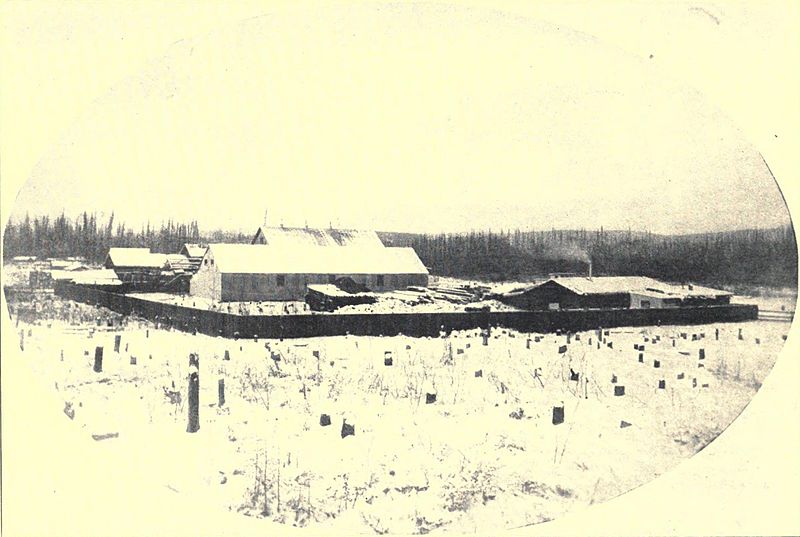 
In 1901, E.T. Barnette set up a trading post near present day First Avenue, or Cowles Street and Cushman Street in the heart of present day Fairbanks.

However, Barnette was not happy with his location.

He had wanted to take the Lavelle Young river boat up the Tanana River to what is now Tanacross to set up a trading post near the gold fields. But the river boat was unable to navigate the Tanana River and had to end its trip up the Chena river when it proved too shallow.

So Barnette, his wife, some employees, and the goods to open a trading post were unloaded on the bank of the Chena river.

The river boat captain said that Barnette was furious as he left the boat and his wife stood crying on the riverbank as the Lavelle Young started heading back.


A man named Felix Pedro and his partner Tom Gilmore were looking for gold in the hills north of what would become Fairbanks Alaska.

When the LaVelle Young riverboat had first arrived with E.T. Barnett and company, Pedro and Gilmore spotted the smoke from the riverboat and walked toward it.

When Barnette met the two, and learned there were other prospectors in the area, he decided to go ahead and set up his trading post.

During his meeting with Pedro and Gilmore, the two bought a years worth of supplies from Barnette.

Later, Barnette and his wife Isabelle left the trading post to go to Seattle and get more supplies.

When he and his wife returned, it was 1902, and he discovered that Pedro had found gold in the area creeks.

Seeing an opportunity, Barnette sent one of his employees, Jujiro Wada, to Dawson to spread the word about Pedro's gold strike to get some miners from Dawson to come to the area near his trading post. A move Barnette felt would bring him a lot more money.

On January 17, 1903, the Yukon Sun newspaper in Dawson, ran the story under the following headline: “Rich Strike Made in the Tanana”.

Two days later, the New York Times ran the story on the front page of it's paper.

The Fairbanks Gold Rush had begun.

Soon there were 700 to 800 eager miners in the area around the trading post, looking to strike it rich.

However, the gold seekers quickly discovered severely cold winter weather. They also learned that the frozen creeks were very hard to work in the winter.

And to make matters worse, Barnette had the only trading post, and he had started price gouging when miners needed food and supplies. He raised his prices by 50 percent and in order for the miners to purchase flour, they also had to buy a case of canned goods.

Most couldn't afford it, and they were getting hungry.

So, an angry mob formed. First, they decided to hang Jujiro Wada, the man who had convinced them to come to the area in the first place.

But instead, the mob headed over to the trading post.

Meanwhile, Barnette found out there was an angry mob headed his way and made plans to meet them.

When the mob arrived, Barnett greeted them with around a dozen well armed men. The stand-off ended and after some time, Barnett agreed to cut his prices considerably.


How Fairbanks Got its Name


Earlier in 1902, Barnette had made a promise to Federal Judge James Wickersham that he would name his new settlement Fairbanks in honor of an Indiana senator named Charles W. Fairbanks. And by the way, Fairbanks went on to serve as Vice President for U.S. President Theodore Roosevelt.

And what became of Mr. Barnette?

In 1903, an election was held for the city's first mayor.

A man named John C. Long received 73 votes, which was the most. E.T. Barnette received only 67. But somehow, Barnette was able to convince the new city council that he should be the first Mayor of Fairbanks… And so, it was.

The Barnette family eventually moved to Los Angeles where E.T. Barnett died in 1933. Isabelle died in 1942.


In 1904, the first hospital was opened in Fairbanks. That same year, the first jail and courthouse were built, as was the St. Matthew's Episcopal Church.

Then in 1906, downtown was destroyed by a fire.

Built in 1908, the R.C. Wood house located at 927 First Avenue is among the oldest remaining homes in Fairbanks Alaska.

The George C. Thomas Memorial Library was built in 1909.

And the Alaska Agricultural College and School of Mines opened in 1922. It later became the University of Alaska in 1935.


Today, visitors to the interior city of Fairbanks Alaska which is now the transportation hub for the interior, can enjoy all the amenities a city has to offer.

Plus they can enjoy the rich history, the midnight sun and the glorious Northern Lights.

And by the way, the best months to view the Northern Lights, also known as the Aurora Borealis, in and around town, is from August 21st to April 21st.

There is a season in Fairbanks from April 22 to August 20th. And during that time, between May 17 and July 27, you can enjoy 24 hours of daylight for 70 days. It's called “civil twilight”.


This interior town has a Humid Continental climate with a bit of Subarctic climate mixed in.

Visitors to Fairbanks will find warm but short summers and cold long winters.

Fairbanks is the coldest large city in the United States.