A personal look at Alaska's First Lady of Television, the Norma Goodman Story will bring back memories.

Like many people in Anchorage and surrounding communities, our family often tuned the TV set to KTVA channel 11 to watch a locally produced show called “Hostess House”.

The woman who hosted the show was a friendly lady with a great smile who made her viewers feel welcome, and her guests feel at home.

Hostess house featured interesting interviews with people from the community and visiting celebrities who sat in a living room style set. Occasionally, the show took place on a kitchen set where home viewers were treated to yummy recipes.

Norma Goodman was the host of the show and over the years, she became known as “Alaska's First Lady of Television”.

When I started my career in television at KTVA, I found myself working on Hostess House. I well remember the first day I was assigned to be Norma's camera operator… I was terrified. What if I wasn't good enough to work on Norma's show?

As it turned out, Norma and I became friends and I eventually became the director for her show.

Anchorage Memories contacted two of Norma's now grown children, Stuart Noble-Goodman and Kelly Goodman – Jelich, and they happily agreed to give our website visitors this  up-close and personal look into Norma's life.

Was Norma Goodman born in Canada? When did she come to the United States?

She was born in Regina, Saskatchewan, on 14 September 1930.  She emigrated to the US in the spring of 1951 after moving to Vancouver in 1949.  She left home at 17, moved to Yorktown, Saskatchewan, and started in radio.  She took it from there.

When did Norma Goodman first come to Anchorage? Did her and her husband Sid drive up on the AlCan?

They did not drive the AlCan when coming to Alaska.  My father was working for Alaska Airlines at the time, and Norma flew up.  During the 70s, however, every other summer we would drive the AlCan to visit relatives across Canada.  1971, 1973, 1975, 1977, and 1979.  Anchorage to Toronto and back, in a Dodge Dart with 3 kids in the back and me (Stuart) as the baby on the armrest up front. 8,000 miles round trip. Seat belts were not pervasive then. In 1981, we flew to Edmonton for the first time.  By then all my siblings had bailed out on the trip.  But I remember thinking that flying to Edmonton was a lot better than 1000 miles of gravel.

Whose idea was it to do a live daily TV show for local women on KTVA Channel 11 called Hostess House?

Augie Hiebert, who founded KTVA and Northern Television, had the idea that there should be a “woman’s show” on the fledgling station.  Norma came up with the idea of “Hostess House,” which would be a combination of public affairs, news and a cooking segment.

Tell us about Norma Goodman and the people she had on her show. She seemed to really care about what her guests were saying.

Mother was born to interview.  She had a boundless spirit of interest, and simply loved to engage with others.  It came so naturally.

I remember once my father—an engineer—was explaining to me how to calculate the escape velocity for satellites from the Earth’s gravity.

My mom—who didn’t graduate from high school—began to participate in the conversation, and we ended up discussing Einstein’s theory of gravitation.  After a few minutes, my dad was explaining gravitational lensing to Norma, who, to be fair, couldn’t have the slightest idea what he was talking about, not having had university courses in Physics (I (Stuart) didn’t understand it either, but tried to keep up).  But she was able to ask all the relevant questions and get my dad excited about the topic, and he went on for quite a while before he paused and said, “You don’t have any idea what this means, do you?”  To which she replied with an impish smile, “No, but it’s nice that you and Stuart are interested in it.”  That was how mom rolled. 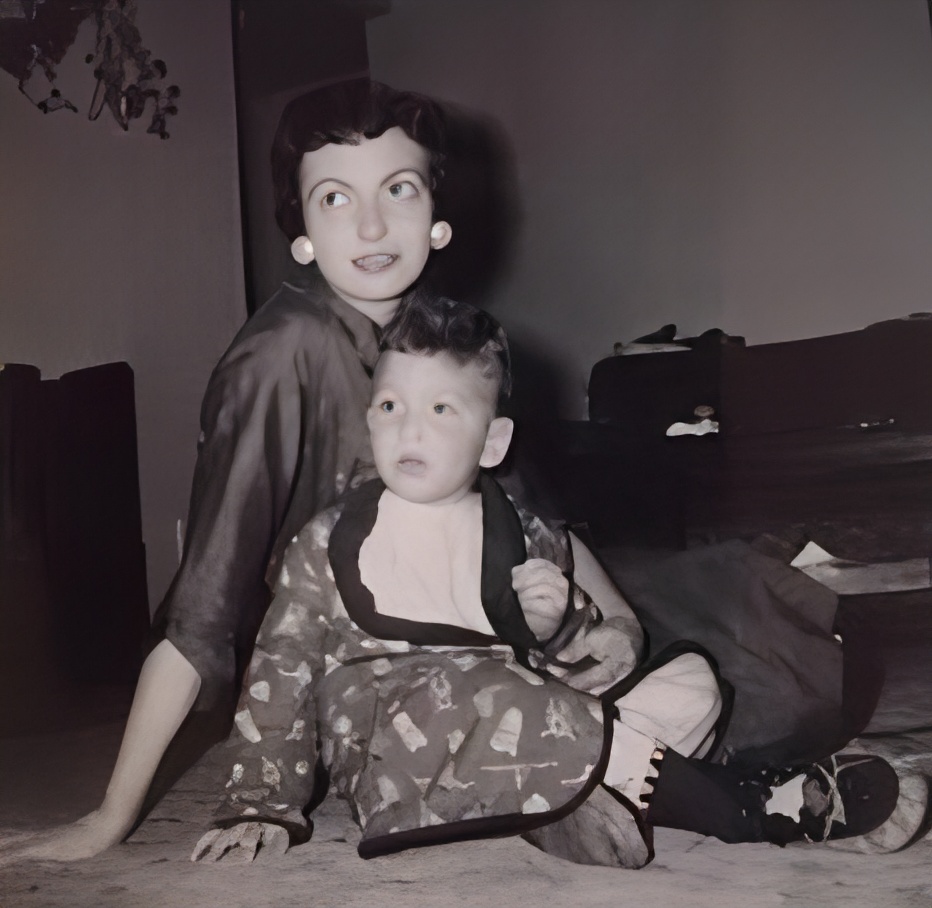 Family was very important to Norma

In terms of guests, it’s a who’s who of the 60s and 70s. Julia Child, The Archbishop of Canterbury, the cast of Mary Tyler Moore, the cast of The Waltons, the cast of Star Trek, the cast of M*A*S*H. Graham Kerr, the Galloping Gourmet, who made dinner at the house twice. Ewell Gibbons—remember Grape Nuts?  Jerry Quarry on his way to fight Mohammed Ali in Japan.  Ambassadors, diplomats, religious figures, really anyone who came through Anchorage between the 50s to the 80s.

Did your mom ever tell you any funny stories about some of her Hostess House guests?

You might remember Jim Fowler, the sidekick to Marlin Perkins on Mutual of Omaha’s Wild Kingdom, which ran from I think 1963 to 1988.  Jim used to bring animals on the show, including the monkey that famously peed on Johnny Carson during the Tonight Show.  Jim didn’t realize that Norma was deathly afraid of snakes (and most critters except cats, see below), so when he walked onto the set with a 10-foot-long Boa Constrictor, Norma screamed and fled the set.  On live TV.  And did not return.  They ran a filler that day. 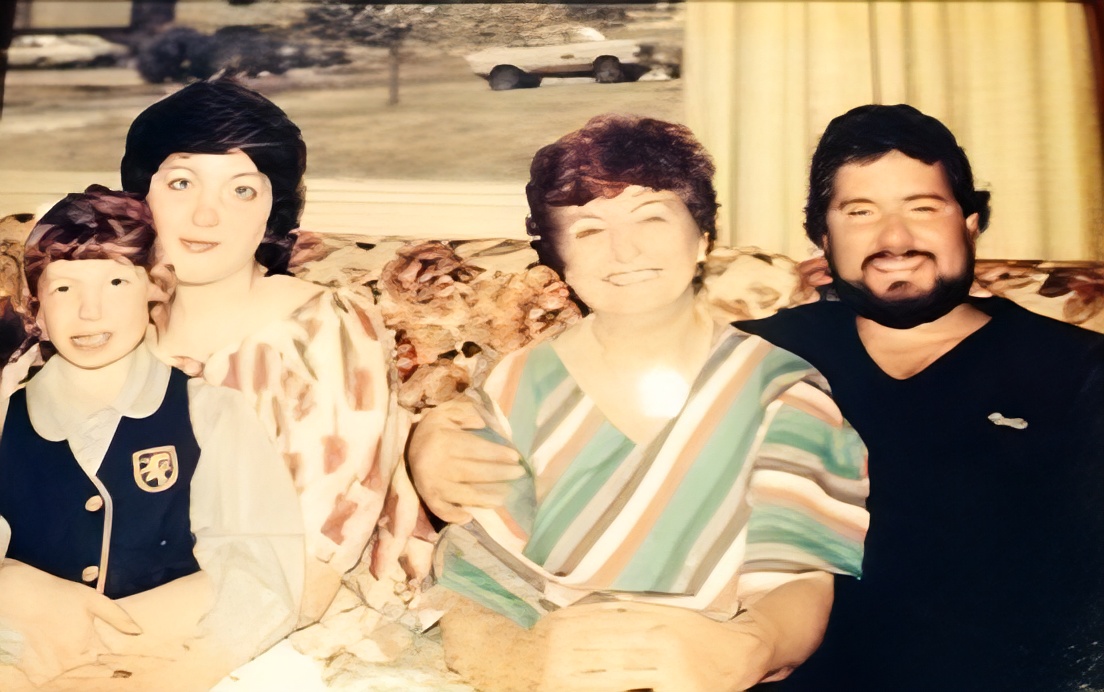 How old were you when you first realized that your mom was a local TV celebrity?

Oddly, my siblings and I found it horrifying that our mother was well-known.

I didn’t know how to process it that my mom was on the telly every day.  However, by the time I was about 16 it seemed an advantage not an embarrassment.  I remember being pulled over at about age 16 on a traffic stop with Mike Sullivan (mayor Sullivan’s son and Eric Croft (lieutenant governor Chauncy Croft’s son), and all of us clamoring to convey to the officer who our parents were.  Didn’t help, and Sullivan still got the ticket.  Go, APD!

For a time in the 1970s, Norma Goodman and Ron Moore anchored the KTVA channel 11 evening news. How did Norma feel about doing the news each night and her daily talk show?

Norma was a classic utility infielder; whatever needed to be done, she did it.  That prairie farm mentality, I guess.

So she was a news anchor, she hosted the elections, she did her show, she was in KTVA Human Resources, locally hosted the Jerry Lewis MD telethon, etc.

I think she enjoyed her time as an anchor, but it did keep her from being home at dinner, which I know bothered her, as she was pretty traditional about family roles, and my dad was a… let’s just say, unimaginative cook.  Steak or burgers on the barby was his wheelhouse, and anything else, particularly anything involving vegetables, fruits, legumes, pretty much anything except searing red meat was not in his skill set.  So, a lot of red meat and garlic bread those years.

She absolutely loved to entertain, and our house was filled with guests probably 4-5 nights/week.  The appetizers, the cooking, the presentation, the conversation over dinner—these were clearly precious to my mother.

What were some of Norma Goodman's pet peeves?

She was highly intolerant of arrogance in public figures.  As she once put it, “If William Shatner, the Archbishop of Canterbury, and Mary Tyler Moore can act decently, so can everyone else.”

What are some things we don't know about your mom?

She was terrified of bugs, spiders, snakes, really any creature that didn’t belong in the house.  She was a cat person, and we never had a dog.  She loved liver and onions, which is very old school and prairie.  She loved Hawaii and sitting on the lanai.

For a time, Norma's show went from 30 minutes, to a much shorter format. What can you tell us about that?

After the outside corporation purchased KTVA, they cut her 30-minute program but let her keep a five-minute bit every day.  She and I named it “Norma's Corner”.  Every Friday my husband Don would pick mom up and take her to the station, and she would tape five shows for the following week. After she was done taping, Don would pick her up, and he would get her out and about and run errands with her.

Five days a week for over 50 years is a lot of broadcasting, and I don’t think she felt as though she’d left anything on the table.  A Golden Mike award, a room full of brassy plaques of appreciation from basically every organization she’d ever interacted with, I think she felt as though she’d done a really good job at her chosen career and been a truly contributing member of her community.

Theda Comstock had a show on KENI TV channel 2 called “The Woman's Touch” which was also popular with Anchorage TV viewers. Were Norma Goodman and Theda Comstock friends?

Theda and her partner, Bob Tubbs, would come to the house or vice versa pretty much every week.

Interesting side note: after dinner and cleanup (and bedtime) Theda and my mom would go to bed and my father and Bob would play cribbage through the night, making coffee at 5 am for Norma and Theda and then watch college football broadcasts into the afternoon.  At which point I believe they would have a siesta.  But in Anchorage, we call that a “nap” not a “siesta.”

We talked about awards earlier. What are some awards Norma Goodman receive over the years?

She was inducted in 2020 into the Alaska Women’s Hall of Fame.

In terms of national awards, she received the Golden Mike award for excellence in journalism in 1966, and a posthumous Emmy Award in 2007.  In between, she received hundreds of citations and medals, from the Salvation Army Service award to the National Guard Meritorious Service Award and most everything in between.  We had a small room dedicated to all of her plaques and certificates, and we still had to store most of them in cupboards because there wasn’t enough room on the walls to hang them all.  She was born to serve a community, and did it very, very well.

We want to thank Norma's family for taking the time to remember their mother, Norma Goodman and to give us a little insight into Norma, “behind the scenes”.

Anchorage, Alaska is so much richer and our memories so much happier because of Norma's incredible contribution.