Your Varsity Show eBook is filled with great memories, history, pictures, and it takes you back for a fun look at Anchorage's teen TV dance show seen on KTVA channel 11 from 1959 to 1971.

With a foreword by Ron Moore.

scroll down to get your copy

“Thank you, this is a treasure”

The show was Anchorage's answer to the American Bandstand TV show, and it featured local teens dancing on TV to the latest hit songs of the day.

But that's not the whole story. 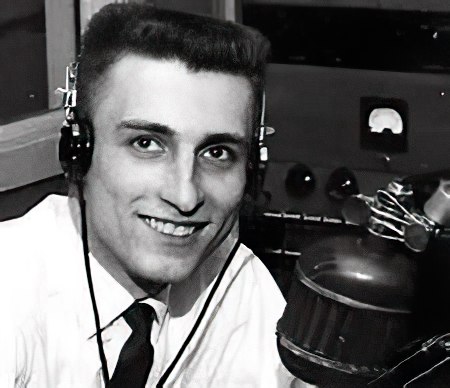 Yes, The Royal Coachman himself, Ron Moore, provided the foreword for this historic Anchorage broadcasting e-book.

The “Dick Clark of Alaska” Ron was in front of the camera on The Varsity Show. He was also behind the microphone on The Coke Show which you can actually hear and read about right here on Anchorage Memories.com

When you download your free copy of this fun Anchorage Varsity Show eBook, you'll get to see how much Ron enjoyed his time on our local teen TV dance show.


Anchorage Teens Behind the Scenes 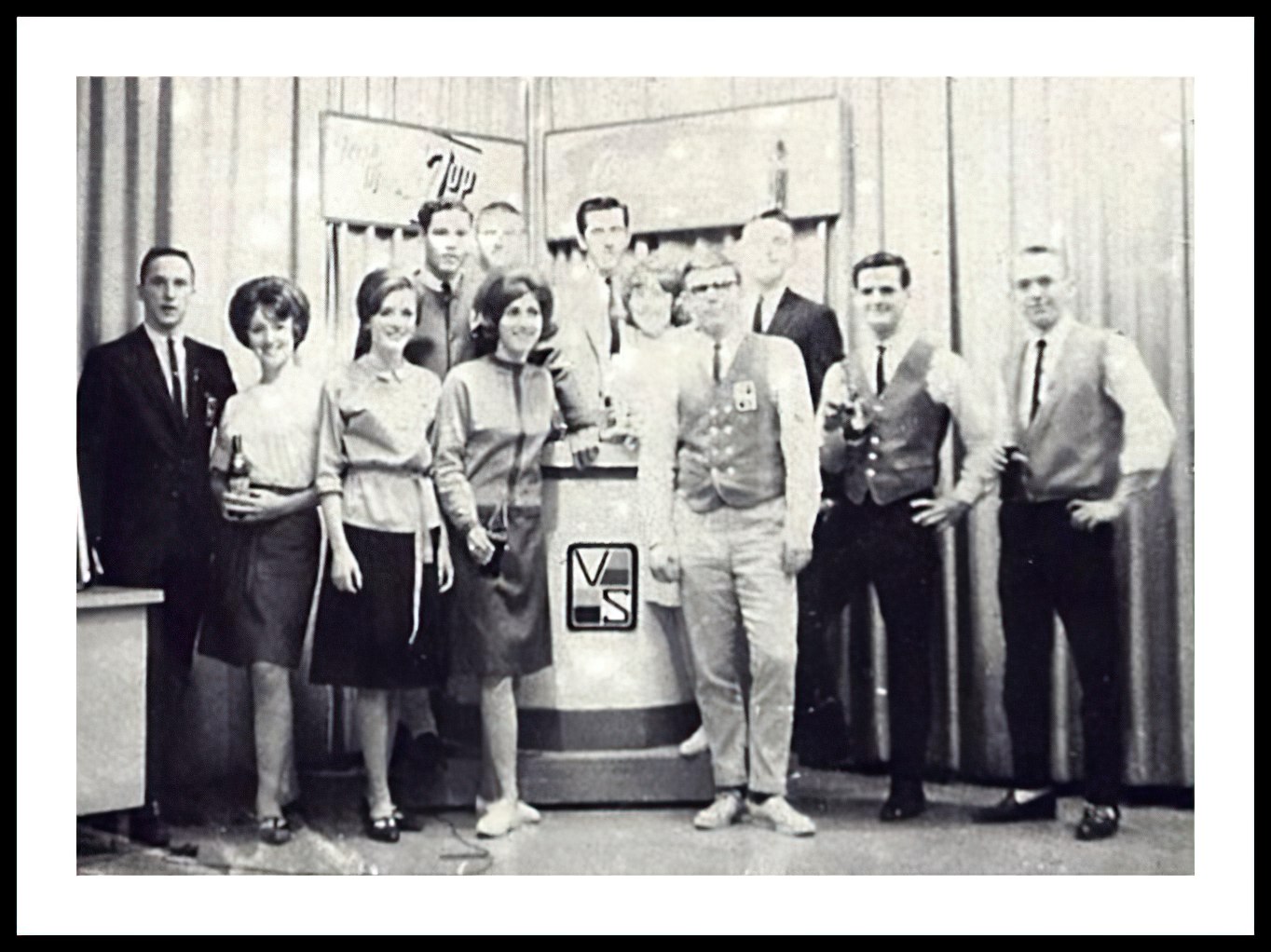 performed on the show 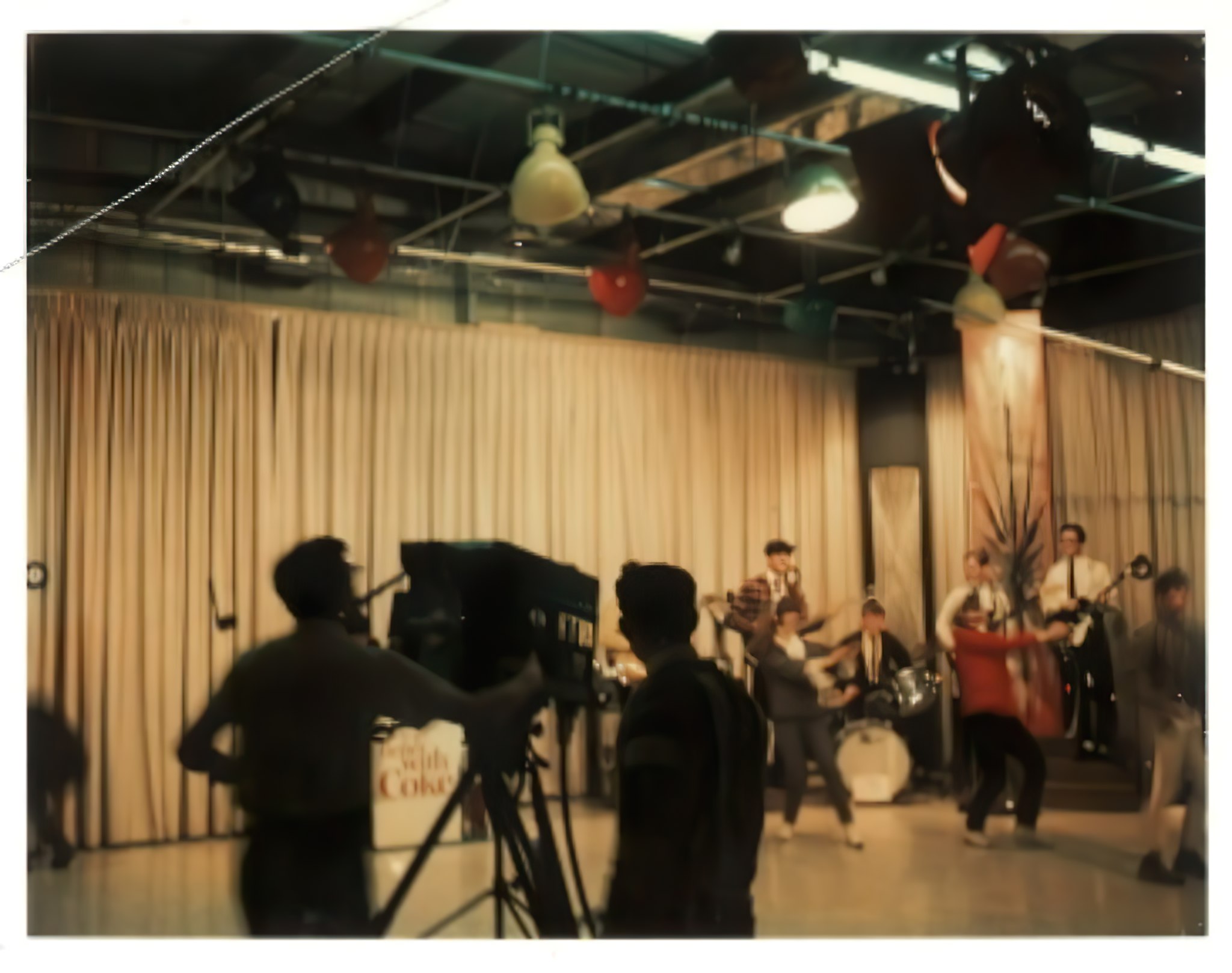 The Varsity Show circa 1967

Posing for a sponsor photo 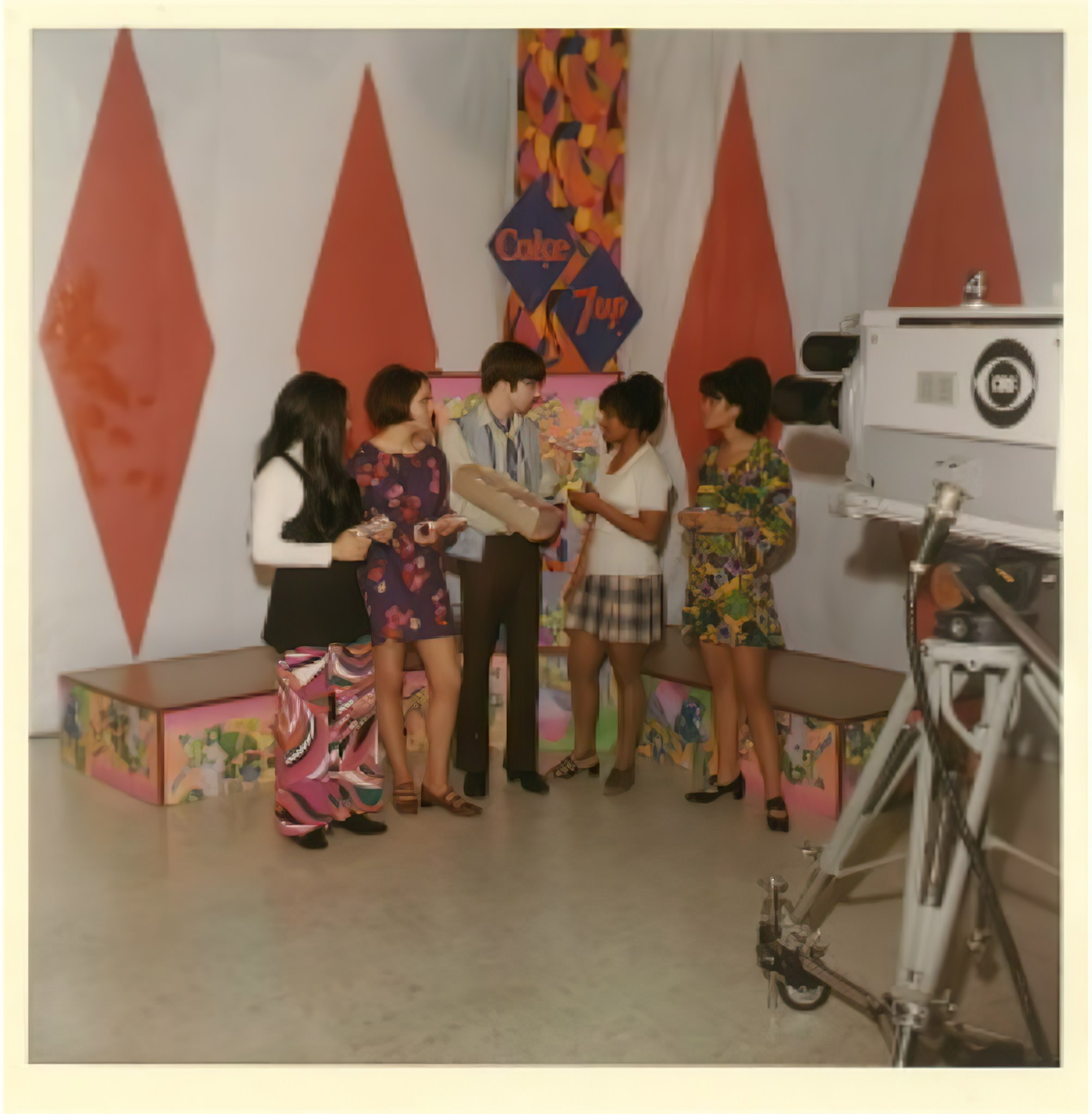 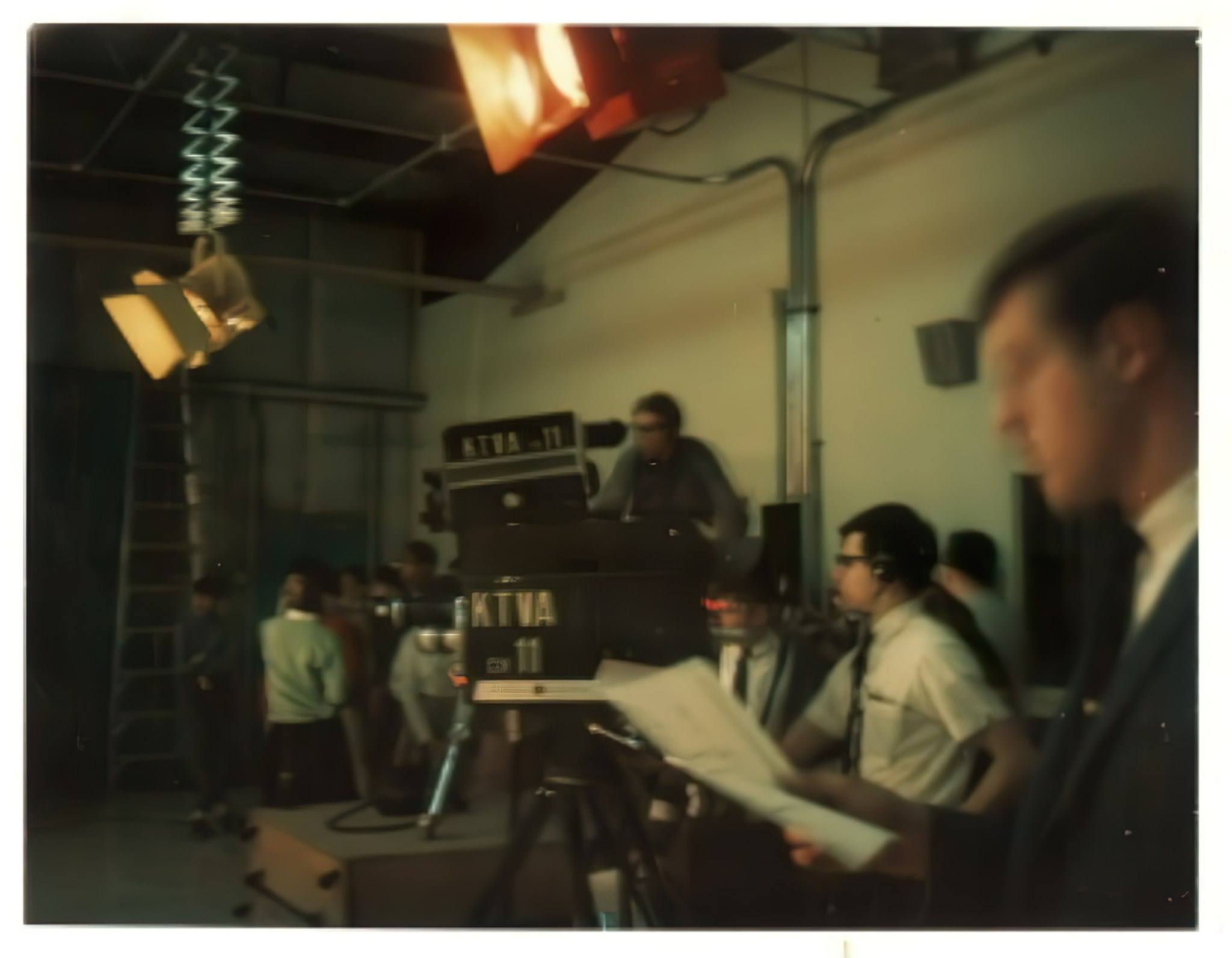 It was All About Anchorage Teens 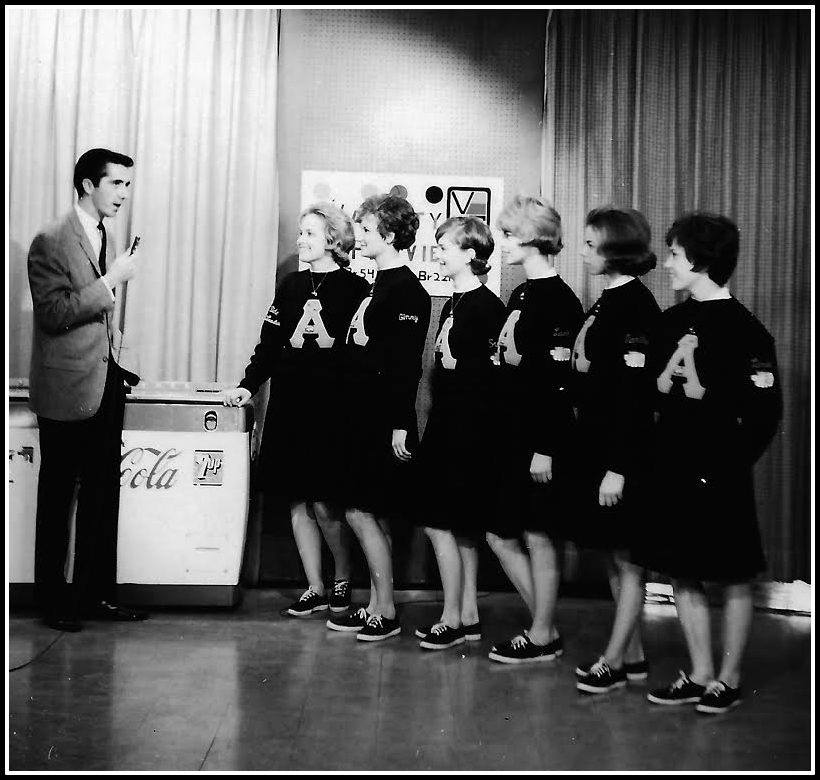 The KTVA Studios in the McKinley Building 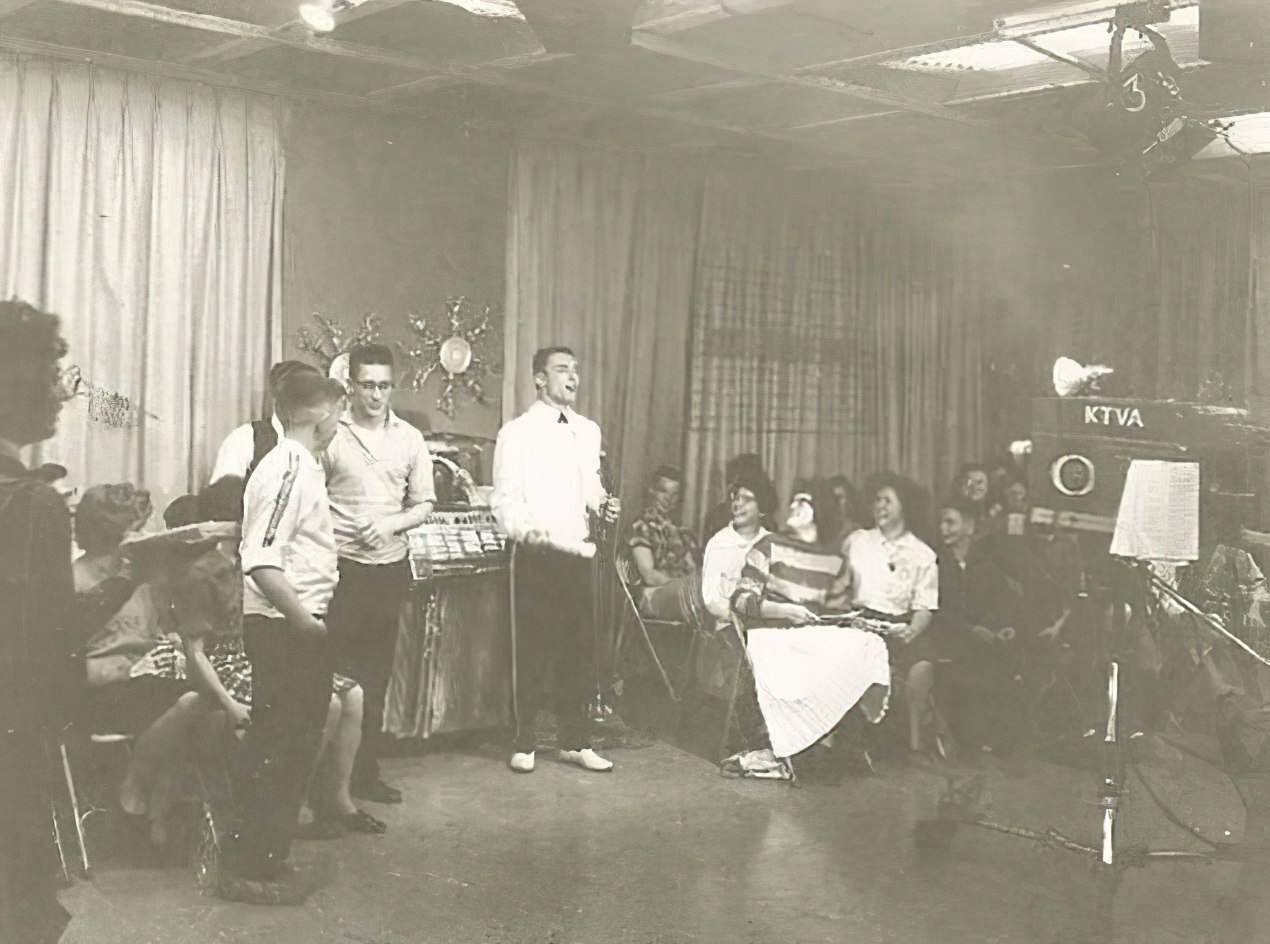 It Was All Live 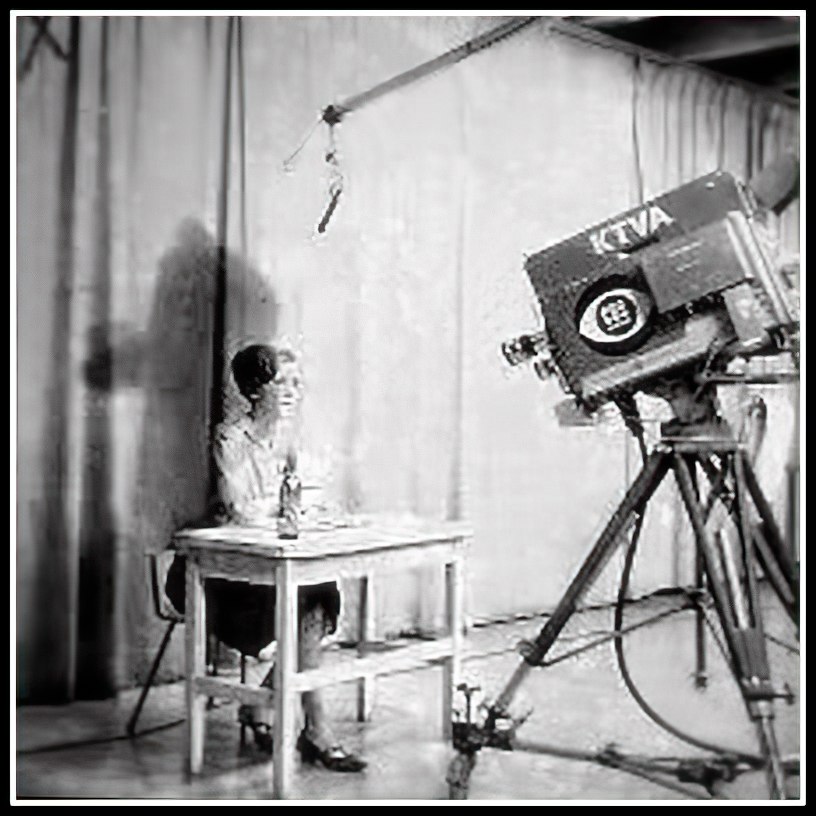 You'll love this stroll (wasn't that a dance?) down memory lane as you relive your teenage years in and around Anchorage, Alaska.

Do you remember when it all started with “Chuck's DJ Dance Party”?

Get this Anchorage Varsity Show eBook right now – it's free – and learn all about when and how teens in Anchor town danced on TV when Saturday's came around.

And you'll also discover a fun chapter devoted to celebrities and local bands that were featured on the show as well. Here's a hint. One celebrity sang with “The Animals” and “War”. Another had a group known as “Dawn”. And one local band had a regional hit and toured all over Alaska. Another popular local group's name had to do with “starting illegal fires”.

Want to know the answers?

Scroll up to get your Varsity Show e-book and enjoy.